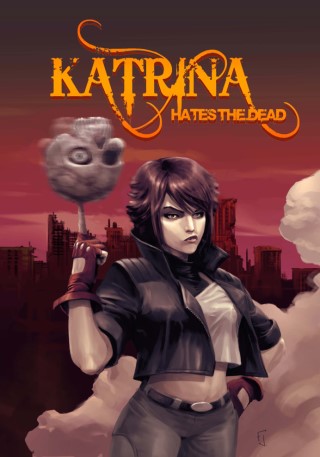 What would you do during the Apocalypse? How would you survive?Those are the questions that have plagued Katrina for years. All the good boys and girls were raptured up to Heaven, leaving the rest of humanity to ask a single, solitary question: “Why not me?”Hellspawn rose from Hell and rampaged across the world, eviscerating all they came across. It was bedlam, Hell on Earth. There was nothing anybody could do to stop it.Then the Hellspawn got bored and settled for a quiet life in the suburbs. They squatted in the homes of the people they once mercilessly murdered.And that’s where Katrina Hates the Dead starts. Humanity survived the rampaging demons and now has to work and live alongside them. They steal all the good jobs, and leave humanity cowering is squalor.Katrina is a non-stop thrill ride from beginning to end. She fights minotaurs, Cerebus dogs, zombies, demons, and more, as she fights across the plains of oblivion.But the book also explored the deep pain and angst of a society that was forsaken by god, decimated by Satan, and left to live in hunger.And yet humanity is strong. They persist. But everything has a breaking point, and after watching friend after friend die at the unforgiving and unjust hands of fate, Katrina’s had enough and sets out to face off with the Devil to earn back her old life.