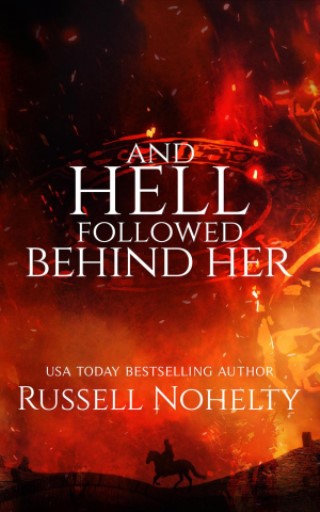 And Hell Followed Behind Her

Living is the best revenge…even if it's living in Hell. And Hell Followed Behind Her combines the three books into one.

In Betrayed, Akta is poisoned, sent to Hell, sells her soul to the queen of the underworld, and comes back from the dead to seek revenge on the king that killed her.

In Fallen, God asks Akta to retrieve a fallen angel in Hell, which sends Akta traveling across the underworld with her new guide, Lucifer, as she seeks to fulfill God's wish and achieve eternal salvation in Heaven.

In Hellfire, a conspiracy has arisen to kill the Devil, and Akta is the only one who can protect the newly appointed king of the underworld, Lucifer, and assure he's not murdered before he's even settled into his new job.

If you love action, adventure, magic, and demons, then And Hell Followed Behind Her is for you.