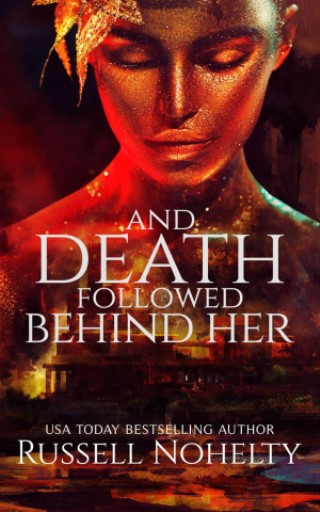 And Death Followed Behind Her

There's only one way to make that happen. Travel to Hell, find the Devil, andkill him. So that's what I'm gonna do.

I'm Katrina, and I really hate the Apocalypse.

If you love snarky protagonists, non-stop action, and more monsters than you can wave a bloody baseball bat at, then this book is perfect for you.

My world is ruined.

Our god ;is in shackles.

Only I can save Earth…

...even if it means destroying the universe in the process.

It's been 10,000 years since I killed Lucifer and became the new Devil. I ended the Apocalypse, but at the cost of my immortal soul.

I don't like the way God handled the Apocalypse, and I'm not the only one. The gods of Olympus just arrested him for crimes against the universe.

Usually, I'd welcome his arrest, but the Zeus won't let Earth exist without a God to rule us, so they're sending Earth into another dimension until they can find a replacement…

…which could take millions of years.

I refuse to be punished for God's incompetence, so I have only one choice. Find Zeus, beat some sense into him, and save humanity once again, even if I've gotta fight through the entire Greek pantheon to do it.

If you love world-hopping adventure, irreverent humor, and twists on mythology, then this book is for you.

...but a technological threat looms that could destroy the universe and my people in the process.

The death of Zeus unleashed the Horde onto the universe. Their weapons can kill even the gods…

…and they are out for vengeance against us. Nobody is safe from their wrath, not even me.

They've swarmed across every habitable world ruled by the Greek gods. They've decimated our ranks. We are an endangered species.
Now, the Horde has finally come to Earth, and they threaten everything I love.

If I don't stop them the entire universe will fall into the Horde's control. If the gods are powerless to stop them, I will find something more powerful...

…the titan Cronos himself. If he can't help me, then the universe is doomed. Of course, the universe might be doomed either way.

Three books in one.